‘ Super Cozy ‘ is the first self produce album by Cozi, just before she started to use ‘ Supercozi ‘ as a DJ / artist name.
This spirited but very rough album is a collection of tunes she worked between 1996 to 1999 in her tiny home studio in Nishiazabu / Tokyo with very limited set up, after her brief career as a singer song writer under the record deal with EMI Records Japan and PolyGram Records Japan both ended without reaching commercial success.

During the recording of her unsuccessful albums in early – mid 90’s, she discovered how studio engineers using Vision music software to built up the basic grooves of the tune, also how they using samples and sound machines to replace real instruments.
It was total revelation for young Cozi, whom spent more than a decade with her band in rehearsal studios since she was 17 year old, some time 5 nighs a week, always wondering how she can create more unusual sound without being limited by band member’s musical skill as a musician, also without being trapped into few familiar musical genres. By then she was already very frustrated by endless interference by record company and management company both on the music direction. So she self taught how to use Vision in her home around 1994, and began producing cross-genred tunes, working day and night by herself.

By the time her contract with major record company expired, She was already spending 3 years in her home studio creating more than 200 demo tracks. Around 1997, she sent few break beats / Trip hop direction demos to various labels including Grand Royal, California based label that founded by Beastie Boys. It came to a huge surprise for her by receiving a long distance phone call by the label, telling her that label liking her demos and encouraging her to continue.

But as she spent more time to polishing tunes, eventually she discovered Psy-Trance and Psy-chill scene, and her musical style dramatically changed. She experimented those new influence into her tunes, and sent demos again to the Grand Royal, but this time there was no response from them.

She met Tobi Twang, a founder of Copenhagen based indie Electronica label Tender Productions  at a Japanese Psy-Trance Festival ‘ Equinox 1998 ‘ in Gifu prefecture, which was her first outdoor rave experience. Twang heard her demos and offered her to release from his label, and it came out just after she moved to UK. Title track from album reached to No.1 in College chart in Denmark, and Cozi visited Copenhagen twice for live gigs. 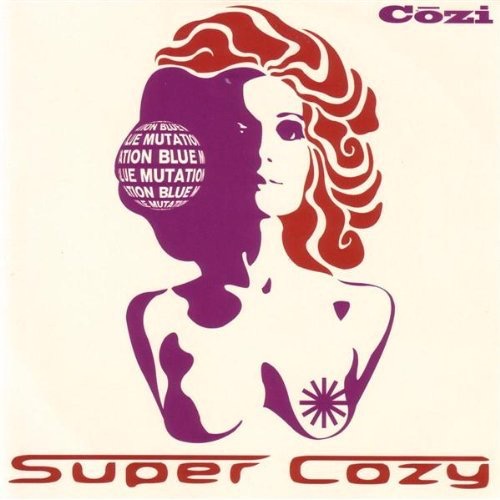 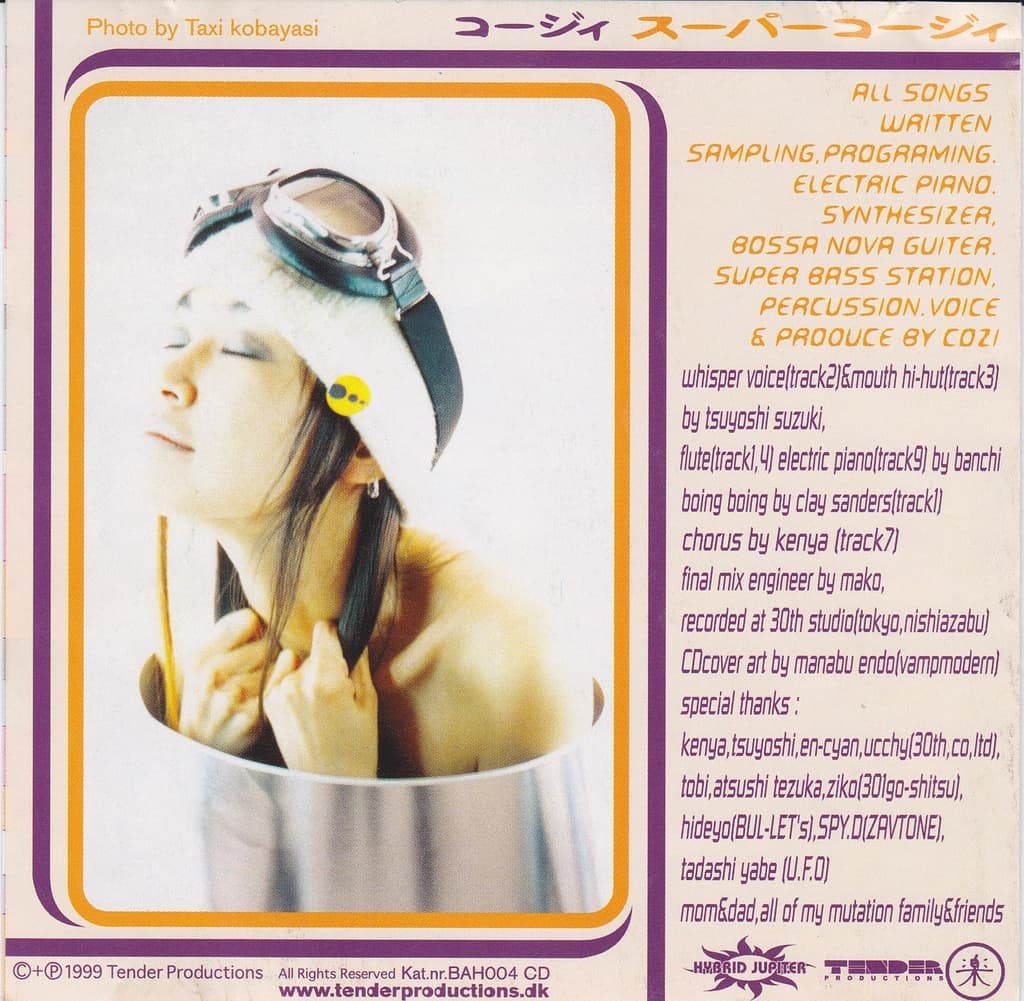 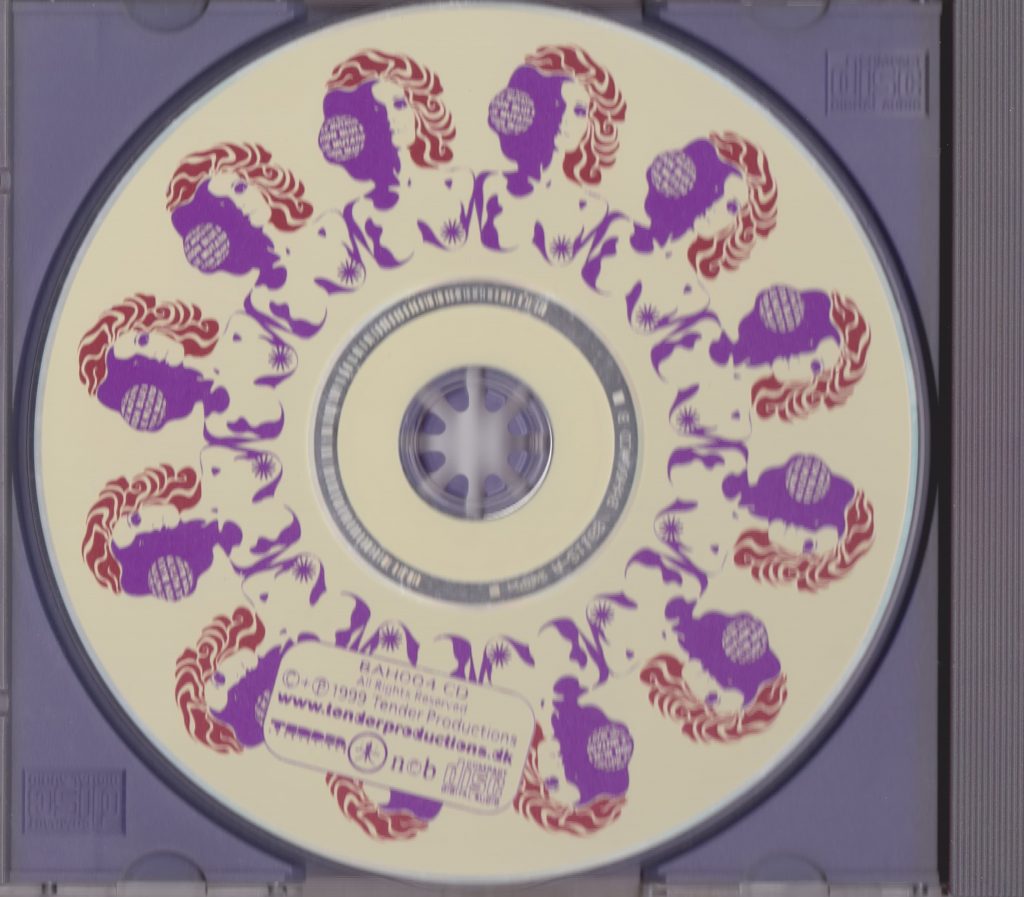 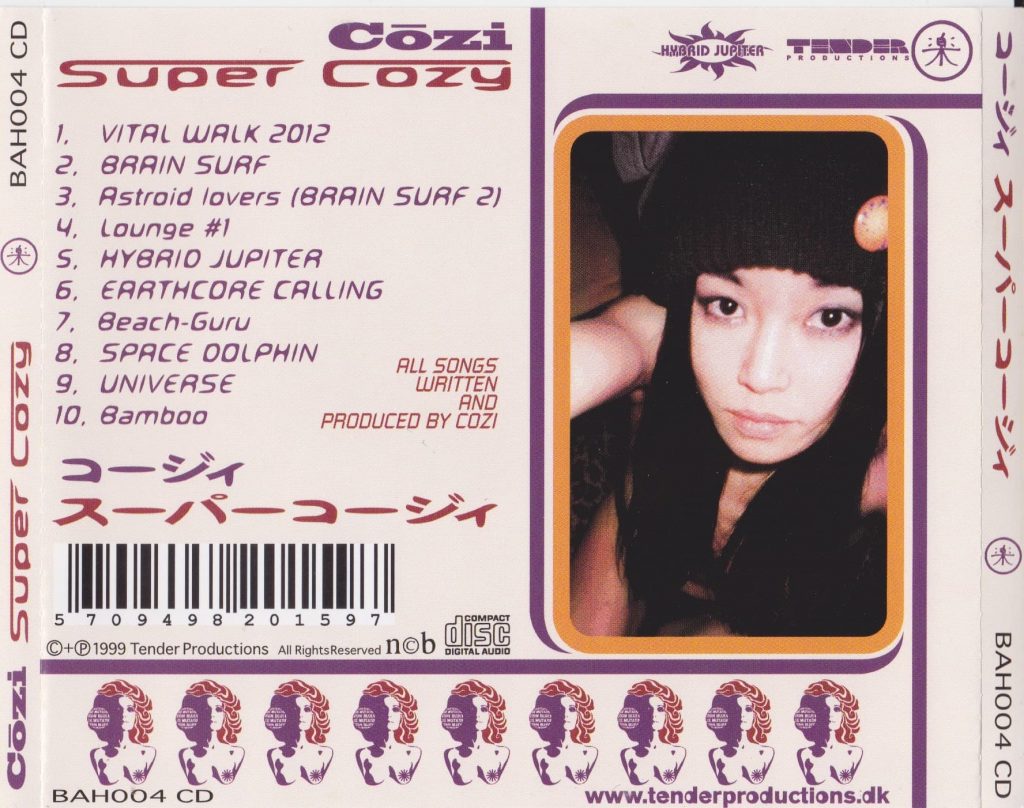